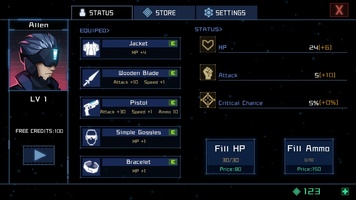 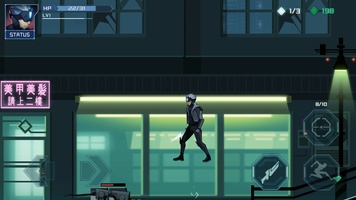 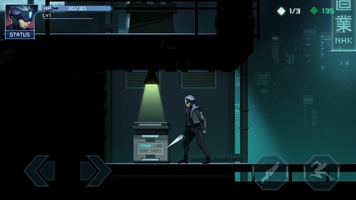 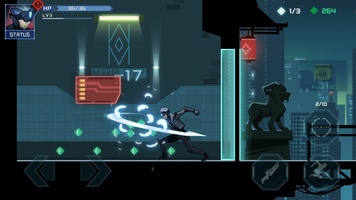 Advertisement
Into Mirror is an action-adventure platformer set in a futuristic cyberpunk-inspired world where players set out to ambush one of the world's largest corporations. In order to sneak in, you'll need to move through several scenes with 2D graphics, clashing your way through hordes of enemy fighters and their booby traps.

Your hero has a huge arsenal of weaponry at their disposal. Despite initially only having access to a razor blade and a simple hand gun that'll allow you to face off against your enemies from a short distance away in hand-to-hand combat; as you progress within the story, you'll be able to unlock many other weapons like: energy swords, machine guns and much more.

When defeating enemies, you'll also gain experience which allows you to increase your level little-by-little. When you level up, you'll have the chance to improve on some of your character's features like their attack skills, vitality, as well as patch up some of their weak points.

Into Mirror is an excellent genre-bending hybrid that combines action role play with a very decent platformer. Its gameplay follows along with 'metroidvania,' but much better adapted to mobile devices. Topping it all off, visuals are eye-popping.
Reviewed by Andrés López Translated by Jessica

There are opinions about Into Mirror yet. Be the first! Comment Similar to Into Mirror